A day of fun times focused on sports and healthy eating

To get campers to change their habits and have fun doing it, Power Up invites camps to challenge them to become healthy habits leaders!

The idea is simple: With the support of their counselors, certain campers (usually the older groups) create an event, designing and leading an exciting day filled with challenges related to healthy eating and physical activity. Everyone has to be ready to take part and have fun, so all groups will prepare by training during the days leading up to the big event.

Mission Possible is based on the concept of courses. The entire experiences is divided into three phases—before, during, and after.

It’s fun. We tend to think healthy habits are complicated, but they’re actually accessible to everyone if you make it fun!

Campers get ready in camp. Each group develops its own training plan based on the information provided by the Fondation Tremplin Santé.

ll the information you need to implement the Mission Possible” concept in your camp is available in the Power Up Handbook p 21. 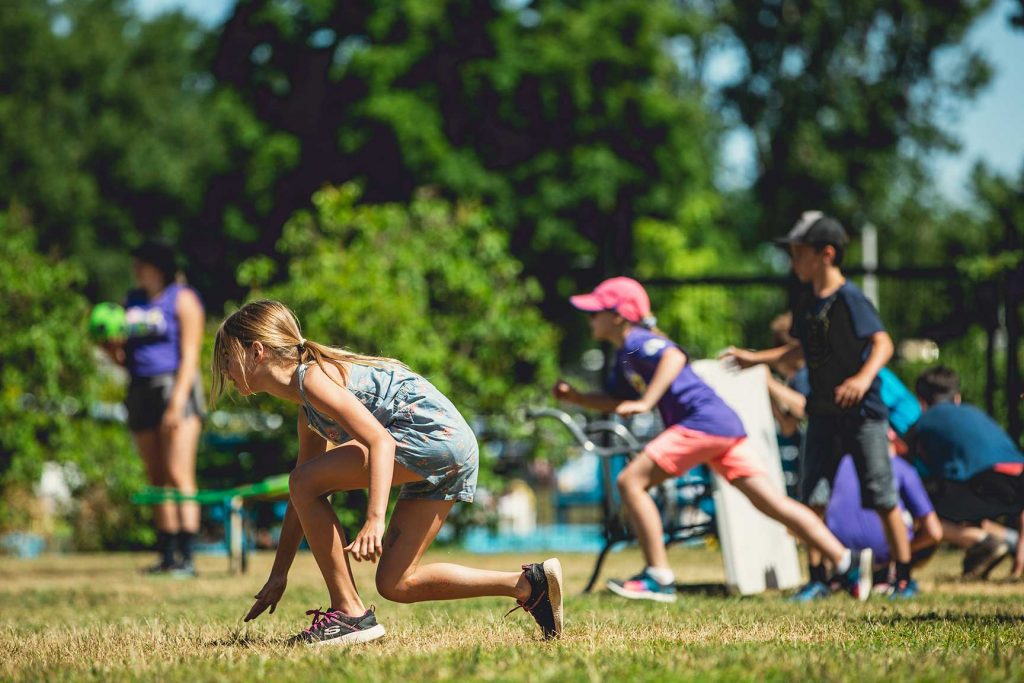 On the Big Day, hundreds of campers from different camps meet on the playing field for a fun and exciting day led by counselors AND young leaders! Together with their team, every camper goes through a circuit where they use skills selected by the Fondation Tremplin Santé. Campers have fun and learn by doing!

A few days after the event, the campers who became healthy habits leaders organize and lead their own “Mission TROP Possible” day for the other campers at their camp. The goal is to consolidate what they have learned by becoming positive and inspiring leaders for younger campers and increase the number of campers who want to become leaders. The event is designed in partnership with a camp that plays host to other camps in the region (for a total of 420 campers per day) so that older campers (ideally ages 8 +) can recreate the event in their own camps. In concrete terms, campers will try out at least three different physical and healthy eating activities during the day.